With our expert guide, from your home, learn about the history of this incredible noble family. By booking our online experience, you will receive a one time 5% discount voucher for your future tour bookings! We will email it to you directly.

Buy now and watch later! If you cannot take part in our live Zoom section, you can always watch it later. We will send you an email with the recorded class/tour so that you can watch it whenever you feel like!

Why take this virtual tour class?

The Renaissance period in Italy has been the most prolific period of history regarding the skills of human beings. It was a flourish of many expressing art, painting, sculpture and architecture but it’s also the start of machines that can fly through the studies of birds by Leonardo da Vinci.
When all this started , there was a family that was ruling Italy and part of the known world back then: THE BORGIAS! And probably nothing would have started if it wasn’t for them!
The Borgias came from Spain, probably Jewish, certainly very ambitious. In the mid 1400s one of the member of the family became Pope, and brought every single relative of his family from Spain to Rome. They took as much treasures as they could from the city, becoming one of the richest family in the world.
The moment in which they took power though was when the Cardinals gathered in a difficult conclave elected Rodrigo Borgia as a Pope. He took the imposing name of Alexander VI. The year was 1492.
Here starts the saga of the powerful, controversial and whimsy family who decided for the fate of thousand lives at the dawn of the Renaissance period.
The Pope, as a Cardinal had had a few relationships that gave him 8 children. And he will use 4 of them to conquer more prestige, more money and more power! He forced 2 of his male children to marry members of the Royal family of Spain, the most influent family in 1492.
But the real decisive character of the family was his beloved daughter Lucrezia! She got married already at the age of 13, when she hardly knew what a man was like. That first husband, Giovanni Sforza, unfortunately did not fulfill the desires and hopes of her family and so the Pope made them divorce. This made Giovanni so mad that he started the rumor that the Pope was jealous of his own daughter because he himself used to sleep with her. We will never know wether this was true or not, but it certainly raised a morbid interest in the story of this family.
We cannot talk about the BORGIAS without mentioning the first born male of Rodrigo: his name was Cesare if we choose Spanish. He was so intelligent and skilled that he inspired the poet Machiavelli writing “The Prince” and describing what a perfect strategy of a prince should be if he wanted to win by basically describing the moves of Cesare Borgia.
The guy stained his hands with blood several times, maybe too many, but what was horrifying was that he murdered his own brother, Giovanni, who was the favorite son of the Pope even though he was a rascal and not too smart guy, and who dared to sleep with Cesare’s lover. Also he killed his sister’s second husband just because his family turned out to be not as useful as the Borgias thought.
Lucrezia, shocked ,got married for the third time to a man who did not love her. However her new marriage at least brought her to a new life and far away from her twisted family, in Ferrara, North East of Italy. It gave her the chance of finally taking her life in her hands even though it was at the cost of being humiliated by her new family. She took revenge by becoming the lover of her harshest enemy: her sister in law.
She ended her life leading a humble life, in a convent where she almost took the vows of being a nun.
This is certainly the most appealing , intricate and fascinating story among the Italian families of the Renaissance.
And it’s worthwhile to hear the details.
Z 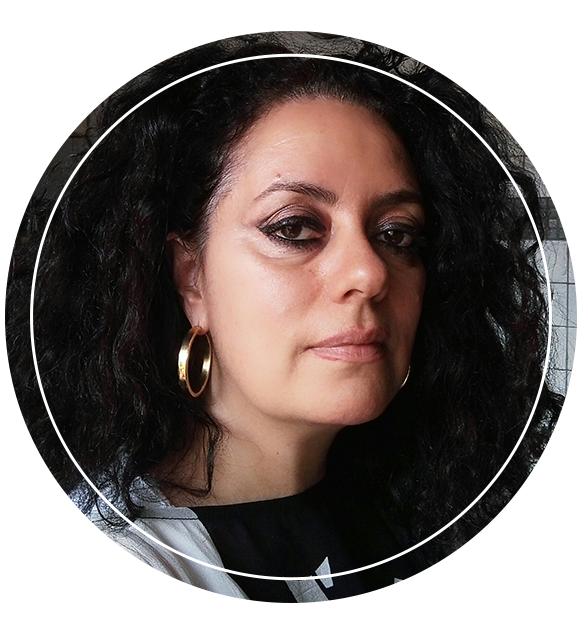 Maria Laura Giorgi was born in Rome on November 22nd 1971.
Her parents, both Italian but who had lived in Australia for 8 years before going back to Italy, decided to send her to an English school in Rome rather than to an Italian one at the age of 4. She therefore considers English her childhood language.
Having loved to learn a foreign language she learned French and Spanish as well in her high school. Eventually she studied English and Anglo American literature at University and graduated in Shakespearean criticism. At the age of 23 she by chance started working in tourism as a tour manager, and finding out how much she loved that turmoil life that is travelling with groups, she continued doing that for 18 years.
In 2010 she took her guiding license for the city of Rome and its surroundings, after a 4 years period of intense studying to learn as much as possible about the Eternal city.
She has been working as a tour guide since 2010 mostly with Americans.
She is a great traveler and she has travelled through the United States several times, and recalling as the most fun place she has been is San Antonio, Texas.
Her favorite place to guide in Rome is the breathtaking Sistine Chapel by Michelangelo at the Vatican but also the history of all the noble families of the Renaissance is something that she absolutely prefers.


Q & A section included – ask your questions to our amazing guide!

In these moments of world lockdown the show must go on. Transforming our tours into virtual experiences. This is the case of our amazing class experience about the life of the Borgias. With our guide through ZOOM, we will learn the history behind the this incredible family, we will see pictures, and get to know what happened in the palaces of the Vatican when they rules as Popes. All you need is a PC, a good connecting and the love for our city.

Stay connected and see you on-line!

We have done a number of video tours and videos of cooking with Luca Orlandi. They have all been very interesting and provided a lot of knowledge about the various areas. Luca does these with a lot of personal experience put in them in a very fun way. We have been able to see a lot of the various regions of Italy and also Croatia and Montenegro. He also provided sessions about the history of Rome and Italy that where excellent. [...]

If you can't make it to Rome but you would like to know more about Italy, and its destinations, or even the food, then you need to watch Luca's virtual tours as well! He has done a great job of helping you to learn about Italy! He also has authentic Italian cooking videos as well. Check him out! [...]

Virtual tour: Colosseum and the Gladiators

This virtual tour, arranged by Luca Orlando and presented by Giulietta Seme delved into many aspects of the beautiful Colosseum in Rome. She presented us with many very fascinating historical facts including architecture, building materials, seating, and a look into the inner spaces where wild animals were kept. We met some of the ancient gladiators and saw the weapons and armors that they used. We also learned about some of the rulers who lived during the days of the gladiators. Both Giulietta and Luca answered our questions when the tour was over. I’ve participated in several of the virtual tours presented by Luca and other experts and this was definitely one of the best. [...]